Orienteering USA (www.orienteeringusa.org) also may offer travel assistance, but this is generally limited to the US Team travelling to the Junior World Orienteering Championships (JWOC) and JWOC training camp. 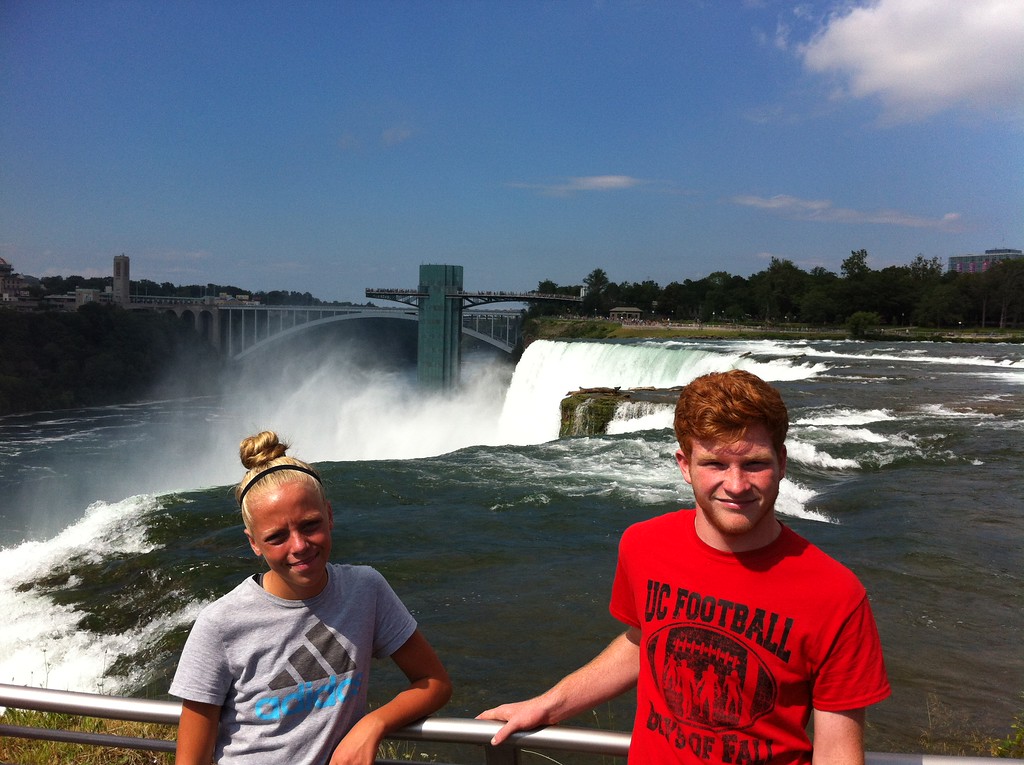 JWOC 2014
Addison Bosley traveled to Bulgaria to train with the U.S. Junior Team at this year's Junior World Orienteering Championships.

Western Canadian Championships, August, 2013
Brennan Hertel and Jamie Reeder went to Western Canadian Championships in Manitoba. They were joined by Thomas Laraia and family in Minnesota. Besides orienteering, highlights included an adventure at Trollhaugen (high ropes course), visits to the Royal Canadian Mint, the Western Canadian Air Museum, Riding Mountain National Park, the swinging bridge at Souris, the International Peace Garden, and the geographic center of North America at Rugby, ND.
photos from the WCOCs Keystone Capers, June 2011
Sam Kelsch, Hunter LaMantia, and Addison Bosley all did well in this two-day "A" meet near Pittsburgh, PA.
photos from Keystone Capers trip Attackpoint.org is a collection of training resources, commentary, event schedules, and more. Record your own training and read what other orienters are doing.
an excellent resource for the serious orienteer who wants to improve.

Team USA selection criteria for Junior World Orienteering Championships 2014
New for this year, there will be a Team Trials Weekend in the spring of 2014, consisting of Sprint, Middle and Long races. The Team Trials races will produce 3 scores. A fourth score will be obtained from the current national rankings. Of these four scores, the best three will determine JWOC selection. The rankings period will be approximately one year, probably ending with the Flying Pig in April, 2014. JWOC candidates may also apply by petition to team coach Erin Schirm. More details will be added soon.
JWOC 2014 will be July 4-10 near Borovitz, Bulgaria. JWOC is open to youth age 20 and younger who are selected to their national team. Comments:
* It was decided to shift the Selection Period two-weeks earlier in order to provide additional time to select the Team, file the preliminary JWOC registration, and plan and carry out training programs; also because airfares typically increase as Summer approaches.
* GAOC's 2012 US Individual (S/M/L) Championships, and COC's 2012 US Interscholastic Championships -- one week apart -- are expected to be the first events of the 2013 Selection Period.
* It is generally undesirable for a single event to be used for the selection of two JWOC Teams. However, with the 2012 Interscholastic Champs not being included in 2012 team selection, there was a need to include an event that had or would have significant attendance by western juniors. For this reason, it was decided that including the 2011 Interscholastic Champs -- again -- was necessary.
* As of this writing (22 August, 2011), 15 M-20 and 12 F-20 races are now in the books. By the end of the 2012 Selection Period, it is anticipated that as many as 14 additional races will have taken place.
* Because the final selection event will have four races, it is possible for someone, with no prior rankable races in the 2012 JWOC Selection Period, to meet the minimum qualifications for team selection (75 or more ranking points, based on at least 4 races) over the course of one 3-day weekend.
Good luck to all aspiring 2012 JWOC Team members!
Guy Olsen, Chair, Junior Team Executive Steering Committee

The Final Rankings (pdf file) for team selection to the U.S. Team for the 2011 Junior World Orienteering Championships (JWOC 2011) in Wejherowo, Poland.

The Texas Junior Orienteering Camp (TJOC) is a great opportunity to improve your orienteering skills.

Gabe Svobodny of MVOC was named to the US Team for the 2008 JWOC (Junior World Orienteering Championships) in Goteborg, Sweden.  photo at right, by Mike Minium